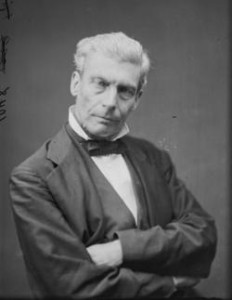 Graduating from Franklin College in 1842 and from the Medical College of Augusta in 1844, Felton pursued a career in medicine, with an active practice in Bartow County, Georgia until it proved too strenuous for his health and he began farming full-time. He married Ann Carlton of Athens, Georgia in 1845. Sadly Ann died in 1851 leaving one daughter. Licensed as a Methodist minister in 1848, Felton served in various capacities and as a popular preacher in Bartow County for almost fifty years without remuneration. In 1851 Felton was elected to the Georgia legislature as a Whig representative from Cass County, and was a delegate to the Southern Commercial Convention at Knoxville in 1857. At the commencement of the Madison Female College in 1852, Dr. Felton met his future wife while delivering the literary address. Felton would marry Rebecca A. Latimer a year later. During the Civil War, Felton served as a volunteer surgeon in Macon, where he had refugeed from the war. Following the war, Felton again became politically active when the Democratic leadership of the New South began favoring industry over agriculture in the otherwise rural South, and in 1871, ran a successful campaign as an Independent Democrat for Congress, serving on the Ways and Means and the Commerce committees his freshman term. Felton’s re election in 1876 established him as the acknowledged leader of the growing Independent movement in Georgia.

By 1882, the Independent movement was on the wane, and Felton lost two further bids to Congress. Later elected as a representative from Bartow County to the state legislature, from 1884 to 1890, Felton embraced prohibition, championed prison reform calling for the abolition of the convict-lease system, and battled successfully for a bill to improve education funding.

An outstanding orator and formidable debater, Felton led several liberal and progressive movements in attempts to “purify” politics in Georgia with random success, but without achieving the “new order” he hoped would materialize. Campaigning and in office, Felton kept his wife, Rebecca, close at hand, with pen in hand. In Washington, Mrs. Felton, who proved to be a deft political strategist, served as her husband’s secretary and general counselor, and was respected as “the most politically informed woman of the South.” Back home, the Felton’s partnership included establishing a school in their home and editing The Cartersville Free Press and The Cartersville Courant. Dr. Felton died September 24, 1909. A monument erected on the lawn of the 1903 Bartow County Courthouse by Rebecca Felton bears this inscription, “A fearless patriot, A spotless record” and “A model citizen of Bartow County for 62 years”.