The Heart of the Chase
The Great Locomotive Chase in Bartow County
By: Joe F. Head 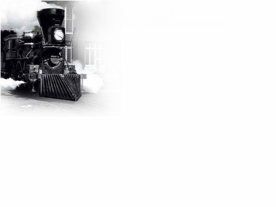 On April 12, 1862 Bartow County was first introduced to the American Civil War when the famed locomotive, The General raced through the county commandeered by Union Spies on a mission to destroy tracks, burn bridges and spearhead a covert plan to bring the war to a speedy conclusion. Although unsuccessful the espionage effort did result in the very first Congressional Medals of Honor.

This event is considered to be the most daring railroad adventure of the war and has been the subject of articles, books and movies with the most popular film being produced in 1956 by Walt Disney starring Fess Parker and Jeffrey Hunter. The Chase covered five counties beginning in Big Shanty (Kennesaw) Cobb County and ending in Graysville north of Ringgold in Catoosa County. Often misunderstood, the Chase never reached Tennessee and did not have anything to do with Chattanooga until a century later regarding a legal dispute between the two states over rightful ownership of the locomotive.

Today, the historic locomotive is in downtown Kennesaw at the Southern Museum of Locomotive and Civil War History where it is on display. The City of Kennesaw is charged with bragging rights regarding ownership of the old Dixie Flyer. In the late 1960’s the State of Georgia with the L&N RR fought a legal battle against the City of Chattanooga to return the proud steam engine to its Peach State home. The litigations reached the US Supreme Court and were resolved in favor of Georgia.

However, all of the attention regarding the initial 1862 hijacking of the General and the legal spat between Georgia and Tennessee has perhaps submerged a significant point in the story. The story itself is rich with color and historical facts of which the most thrilling events actually unfolded in Bartow County.

The Heart of the Chase (number of meaningful events) all occurred in Bartow (formerly Cass) County. As a result of the many story versions all have overlooked the collective events that occurred in Bartow. Therefore, Bartow has not received its fair share of literary credit and little to no tribute has been afforded by our own historical community efforts.

The Great Chase in practical terms failed for various reasons. It would be vain for any one person, deed or event to claim full responsibility for the mission’s failure. However, the events that happened within the boundaries of Bartow can easily be recognized as the most colorful and key to the causes of failure. Upon close comparison of the Chase, one can identify five or six incidents that belong exclusively to Bartow. No other county can boast equal action or frequency of events.

The chase begins in Big Shanty (Kennesaw) Georgia where the hijack occurred at a scheduled stop at the Lacy Hotel. Andrews and his raiders had boarded the train in Marietta purchasing tickets for various destinations north.

First, James Andrews the mission leader made what is often referred to as his fatal mistake when he decided to ignore the fully steamed and waiting Yonah (yard engine) at the Cooper’s Iron Works spur junction at the W&A RR bridge on the Etowah River near US Highway 41 of today. This decision eventually provided the Southern pursuers with a locomotive to chase the General. Andrews had not expected the relentless pursuit of the General’s crew… William Fuller, conductor, Jeff Cain, engineer and Anthony Murphy, foreman of motive power. As a side note, the Cartersville City Resident Directory listed Jeff Cain, Engineer renting at the Bartow Boarding House in 1883.

Secondly, the General was eventually chased by a total of three engines all of which were acquired in Bartow County. The Yonah was pressed into service at the Cooper’s spur, the William R. Smith was taken in Kingston and the southbound Texas was boarded outside of Adairsville and run in reverse until the General ran out of fuel and steam. The Texas is credited as capturing the locomotive General north of Ringgold, Georgia. 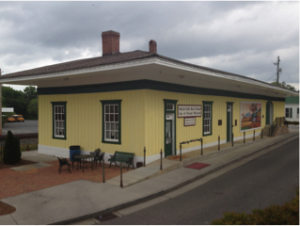 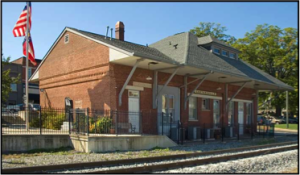 Fourth was the fact that only in Bartow was Andrews forced to use his powder train story. He was challenged twice, once at Rogers Station where the General briefly stopped to take on wood and water and again in Kingston to a less friendly reception.

Fifth and perhaps the second most desperate event was the hour-long delay in Kingston at the congested Rome railroad wye. The General was forced to wait on a siding while southbound trains arrived. This traffic jam was due to trains fleeing from Union General Ormsby Mitchell’s advance on Chattanooga. 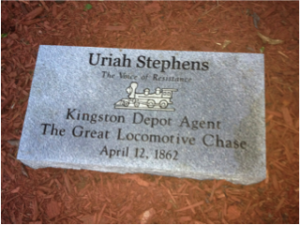 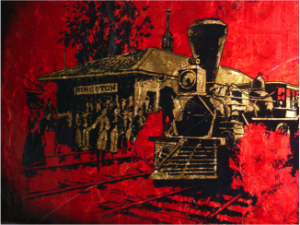 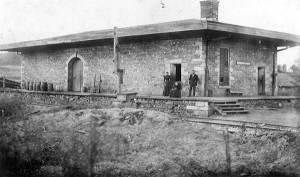 And finally, the Kingston Depot Agent, Uriah Stephens was the most vocal to resist Andrews and confronted him openly about the irregularity of the circumstances. Stephens was a veteran railroad man who knew too well the state road operations and personnel who should have been on the General. He repeatedly quizzed Andrews only to dislike his answers. Stephens was later noted in all works to be testy, unconvinced and a crusty old man who unknowingly made the concealed raiders very uneasy. As a result he became Kingston’s voice of resistance and is the only documented individual who suspicioned all was not right with the circumstances.

When the sum of these events is considered in batch, it is apparent that Bartow deserves greater recognition in this classic Civil War story. The late Wilbur Kurtz (artist, historian, technical advisor to the Disney movie and husband to William Fuller’s daughter) is on record in a 1930’s letter to Cartersville’s Lucy Cunyas, author of A History of Bartow County Georgia as saying… that within narrow margins the most exciting and thrilling adventure took place in Bartow.

The General now rests in the Southern Museum of Locomotive and Civil War History in Kennesaw, Georgia and the Texas has been relocated to the Atlanta History Museum in Atlanta, Georgia.

It has been long over due and overlooked by too many historians that Bartow has not enjoyed a larger role and degree of respect regarding this priceless piece of Georgia history. Also, the event itself prompted the award of our nation’s very first Congressional Medal of Honor recipients. The sesquicentennial of the American Civil War offers a renewed opportunity to properly recognize these events and proudly claim “The Heart of the Chase” as a Bartow bragging right

Joe Head is the author of, The General, The Great Locomotive Dispute. He is retired from Kennesaw State University and has written a number of works about Bartow county history.