Those familiar with the April 12, 1862, Great Locomotive Chase know that the first of the three locomotives used to chase the General was the Yonah, a native American name assigned to the ninth engine put into service on the W&A RR. The small yard engine was leased to Coopers Iron Works to ferry castings from the furnace spur to the Etowah River bridge junction.

Following the Great Locomotive Chase all four locomotives were put back in service on the Western and Atlantic Railroad. However, only two survive today, The General and The Texas.

The General (left) and The Texas (right)

The General now is on display at the Southern Museum of Locomotive and Civil War History in Kennesaw while the Texas has been moved to the Atlanta History Museum. People often ask what happened to the two other engines that chased the General: the Yonah and the William R. Smith?

According to records by Wilbur Kurtz, Civil War historian and artist, these two engines continued to operate in different roles, but eventually became obsolete and retired. The William R. Smith was the property of the Rome Railroad and eventually sold to Samuel Noble for use in his blast furnace operation at the Woodstock Iron Company in Anniston, Alabama. 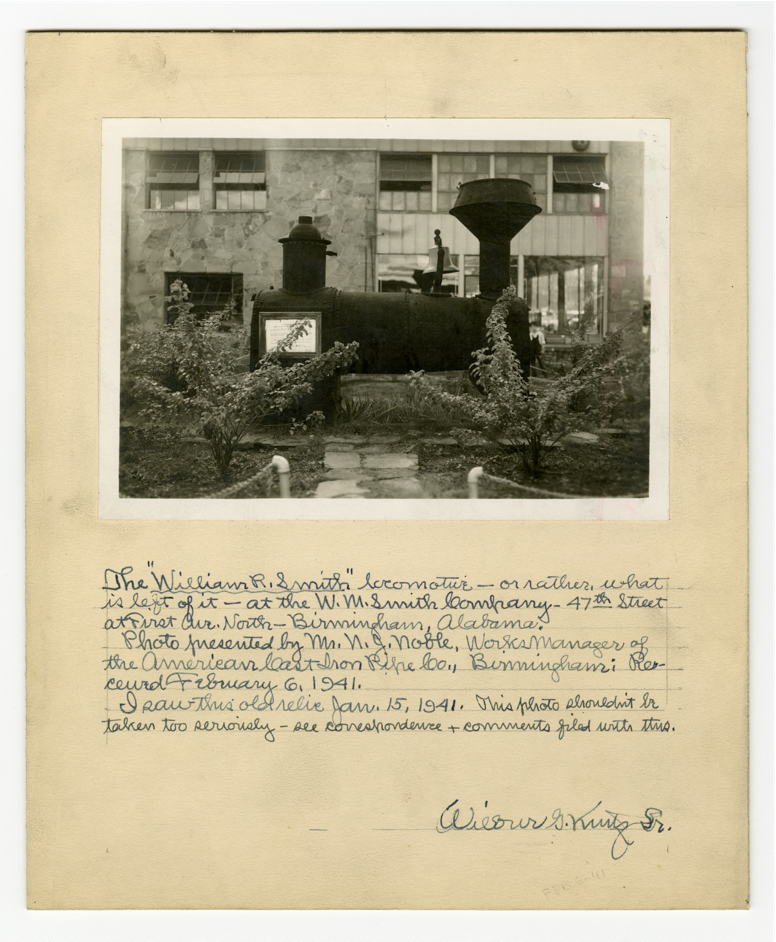 Serving its final days the Yonah was assigned as a switch engine between Cartersville and Atlanta. When America entered WWII the two engines were dismantled and sold for metal to support the war effort.

However, it has recently been learned in an interview on April 20, 2012 with Mr. Jimmy Dellinger that the Yonah was not entirely sold off as scrap metal. In fact, a legacy of the Yonah is still with Bartow County today thanks to the New River Side Ochre Company and the Dellinger family. Mr. Dellinger recalls seeing the boiler and describes it as about the same size as the General’s boiler. 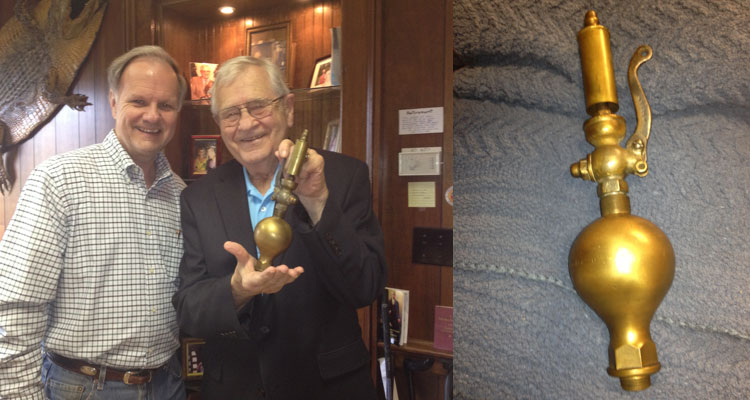 According to Mr. Dellinger, in the 1930’s New Riverside Ocher acquired the Yonah boiler and used it in the ochre production process. It was installed in a concrete support cradle low to the ground and used to fire the drum dryers. The boiler came with the whistle, which served as a pressure relief valve. By the late 1960’s it was decided that the boiler had to be replaced. Mr. Alec Cook, plumber was asked to replace the boiler as he had installed the original Yonah boiler.

When Mr. Cook was in the process of changing out the boilers he recognized that the Yonah’s brass whistle was a historic artifact and needed to be salvaged. He called Mr. Dellinger and told him about the whistle and brought it to him for safekeeping.

Upon close inspection of the whistle we find it is eleven inches in length with the upper body (lever, acron, flue, finial and yoke) being six inches of the total length. A maker’s mark is engraved on the base of the whistle around the circumference of the bulb. The engraving is that of “Detroit Lubricator Company, Detroit, USA.” The upper brass works has yet another maker’s mark stamped, “LONERGAN > PENNA”  (J.E. Lonergan founder and made in Pennsylvania.) Also, the level bar bears a faint “Philadelphia” stamp that reinforces the upper body was manufactured in Pennsylvania. These two markings actually help date the whistle as the Detroit Lubricator Company did not exist until 1879 and Lonergan until 1872. It appears these two devices were perhaps fit as hybrids and installed on the Yonah as an aftermarket repair, therefore it is unlikely the whistle was mounted on the boiler during the Great Chase.

This evidence does place the historic Yonah clearly in Bartow County after the great chase. It points to documentation that the chase engines were used in other roles and were eventually dismantled for scrap metal or other uses. However, this discovery is a testimony to the Yonah’s second life in the Bartow mining industry thanks to New Riverside Ochre.

Thanks to the keen eye of Mr. Alec Cook and the spirit of preservation by Mr. Jimmy Dellinger we in Bartow County can claim yet another piece of the Great Chase story and enjoy an exclusive artifact that points to Bartow as being the Heart of the Chase.