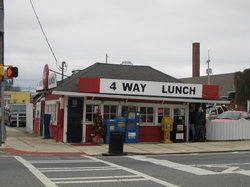 I can remember eating at the 4-Way after Cartersville High School football games probably around 1968 or so. If I was lucky enough to find an unattended stool, I would sit down and take in the surroundings. My eyes would always drift to the hamburger meat stacked in pyramid fashion in round balls on a platter over the grill. Each round ball of hamburger was soon to be grabbed from the stack and thrown on the grill by the cook to be flattened out by a spatula for the next hamburger order. The hamburger meat would sit out on that platter perhaps for hours in the open air until all orders were filled. Sometimes, I might order a chili dog. Mr Garrison would place several naked hotdogs in the bun onto his arm/wrist and would then scoop up a ladle of chili while holding his arm over the large pot of chili so that the excess chili would return to the pot for use on the next order! Someone once asked Mr Garrison if he could add lettuce and tomato to his hamburger order to which Mr Garrison replied ‘this ain’t no salad bar’! Those patrons that finished eating learned very quickly that no loitering was allowed and were asked to pay and hit the road. One of my friends once requested a bowl of beef stew. When the order was ready, the cook delivered the stew with one hand filled to the brim with the cook’s thumb hanging over the bowl in the stew! There was nothing better than thumb-flavored stew! I don’t recall anyone ever getting sick after a meal at 4-Way. While sitting on a stool at 4-Way with a friend one day, I wondered how many coats of paint might be on the inside wall at the 4-Way. My friend suggested that each coat of paint helped to hold the building up and preserve a landmark! After a fire at the 4-Way caused extensive damage back in the 1990s, the owner decided to repair the damage and add a new coat of paint so that the crooked roof line could be maintained and in order to avoid compliance with the existing building code requirements. 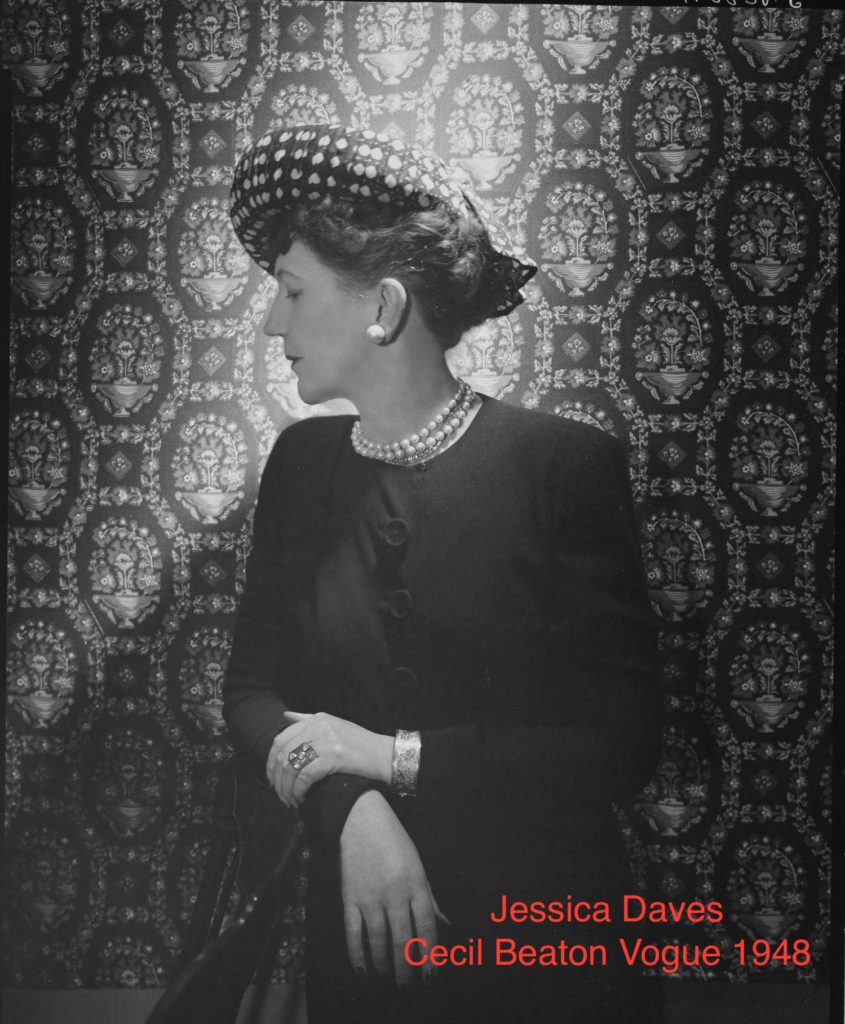 Miss Jessica Hopkins Daves Parker (1894-1974) established an outstanding career as Editor-in-chief of the well-respected international publication Vogue Magazine. Miss Daves taught school in Cartersville (with 1 year in Hawkinsville) from 1911-1920. Then in 1921 at age 27 she made a bold move to New York City to start her career as a copywriter in the fashion industry.

After several years as advertising and marketing editor in a number of different New York department stores, she gained recognition among the fashion publications society. The then editor enticed Jessica to join the Vogue staff in the marketing department. She served in increasingly responsible positions until she became editor of Vogue (U.S.) from 1946-62 .  Her contributions to the magazine introduced the readers to more content on fashion, home, and entertaining.  Her unique abilities to spot talented photographers and writers are often cited as important improvements in the publication.  After she retired, she continued to work publishing three books with Conde Nest Publications.

Miss Daves was born and educated in Cartersville, graduating from the West School in 1910 with “First Honor” (now known as valedictorian). She attended Agnes Scott College on a scholarship for just one year, then returned to Cartersville and began her 9-year teaching career.  Some of her descendants continue to live in Cartersville. She and her husband Robert Allerton Parker are buried in Oak Hill Cemetery. For more information read the full article.